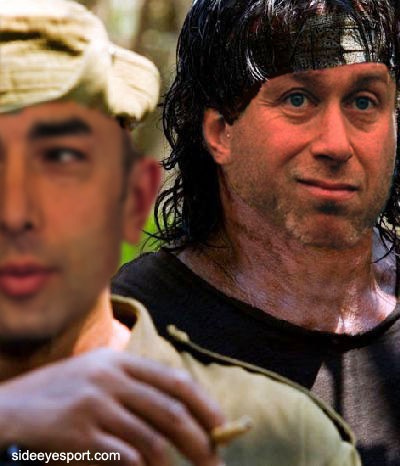 Fleeting whim has no place in football. Anyone who regularly spends their hard earned cash and precious time sat in a plastic seat freezing their arse off while watching their players capitulate to a lesser side yet again will know this.

Chelsea fans, if they didn’t have a clue before, will now be realising the implications of an owner who can afford to indulge his whims at will – whether it be setting a particular trophy as a target, paying over the odds for a player he likes or sacking a manager because money talks and a guy who was recently at the helm of one of the most successful, attractive clubs ever will invariably be able to replicate that success elsewhere.

There’s an unnerving symmetry to the news that Roberto Di Matteo, the caretaker manager who brought the coveted Champions League trophy to Roman Abramovich, had been sacked and replaced with a much maligned opponent who was manager of Liverpool when they controversially knocked Chelsea out of the competition in 2005.

Although Chelsea have claimed that Benitez‘ “managerial qualities and outstanding pedigree” were the reasons behind his appointment, it’s hard to ignore the other facts pertinent to this decision: namely that Benitez was prepared to accept a contract with a break clause allowing Chelsea to appoint Pep Guardiola next year if the ex-Barca boss agrees, plus Benitez’ existing (and at one time, fruitful) relationship with Fernando Torres.

It’s no secret that Roman Abramovich coveted the services of the former Liverpool striker for a long time. He finally acquired him in January 2011, but by that point Torres was deep in a run of poor form and aside from a few flurries has done little to justify the £50m Abramovich paid Liverpool for him. But Roman Abramovich is used to getting what he wants and if Carlo Ancelotti, Andre Villas-Boas and Di Matteo couldn’t coax him into firing, who better that the man under whom he last performed?

The rumours that Abramovich is eyeing up Atletico Madrid’s Falcao, possibly using Torres as collateral, don’t help. Prior to beating Bayern Munich in the Champions League final in May, all Abramovich wanted was that trophy. It’s taken six months for him to lose faith in the man who brought it to him, implying that his all consuming desire soon dwindles when a new adventure drifts into the edge of his vision.

This should be a warning to those Chelsea supporters protesting Benitez’ appointment. A man who can afford to indulge his desires to the extent that Abramovich has with Chelsea can also afford to withdraw his backing – a scenario that could effectively see the club disappear into an insolvent hole – if he feels he is no longer welcome.

And if the past few days are any clue, it’s not going to take a great deal to push him.