Hearts sank around the SideEye office when Ricky Hatton announced a comeback fight against Vyacheslav Senchenko a few months ago. This sense of disquiet was only heightened when we read that the prospect of a re-match against Pauly Malignaggi was being touted as an incentive for him to win. 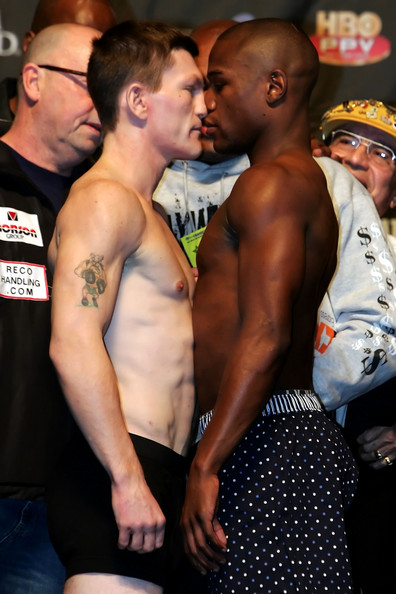 We speak as fans who were ringside (well, through the TV, but with Sky Box Office prices we feel like we should have been sat on Hatton’s shoulder) for the watershed moments:  the Kostya Tszyu victory that elevated him to the wings of the world stage, wins over Carlos Maussa, Juan Urango and Jose Luis Castillo the steps propelling him from the Sheffield Hallam Arena to stage front & centre, the big one: Floyd Mayweather in Vegas, the MGM Grand.

It’s hard to describe the sense of possibility and hope surrounding Hatton at that time. Mayweather’s record spoke for itself, but while seasoned boxing experts warned of over-optimism, Hatton was the embodiment of hard work equalling opportunity and his folk hero status beguiled him to the boxing community and beyond.

Of course, reality is at it’s most brutal in the ring, and while the early exchanges did nothing to quell the optimism,  Mayweather dominated and comprehensively beat Hatton, finally putting him down in the tenth. Hatton claimed he was prevented from fighting properly and that persistent fouling was overlooked by the referee Joe Cortez – assertions that appeared sour when viewed against Mayweather’s unusual magnanimity – but even though a fight against Manny Pacquiao was what we wanted to see, Hatton’s fallibility had been ruthlessly exposed, and fear crept in.

Hatton’s reputation as a fighter was built on his refreshing honesty – he’s been open, perhaps too open, about the issues that dogged the later stages of his career – but as the man in the eye of that storm, can he really say that he is genuinely tempted by the prospect of a  rematch against a guy he beat relatively comfortably four years ago, between Mayweather & Pacquiao to boot?

What’s in it for him? At this point, it feels like Hatton’s looking for a reminder, no matter how faded, of the love he experienced when at the height of his powers. While no one begrudges him the right to that, and a home turf fight against Vyacheslav Senchenko, beaten by Malignaggi himself in April this year, is a straightforward way to go about it, it feels like a sad legacy when viewed alongside the heroic, almost fairytale scenes from yesteryear.

He says he’s seeking redemption. For his sake, we hope he finds it.