Sartorial Snark: You’re Wearing That Out, Are You?

Footballers are the fashionistas of the sporting world, although sometimes the heady combination of youth, inexperience and unlimited spending budgets can lead to confusion, overexcitement and poor decision making.

We’re looking at you, Stephen Ireland.

Even a superstar like Cristiano Ronaldo makes the odd mistake. Take the teflon-look suit our Sonically-coiffed hero wore to be honoured by the Spanish Royal family (top). Having narrowly averted an international incident by dumping his chewing gum into his pocket (possibly mistaking it for a binbag) he then appeared to realise the more serious offence when he caught a glimpse of himself in the trophy.

The outfit is marginally less traumatic to the eye than the outfit worn by his Brazilian namesake (l) at a Pro-Am Golf tournament in October (above), but not by much. 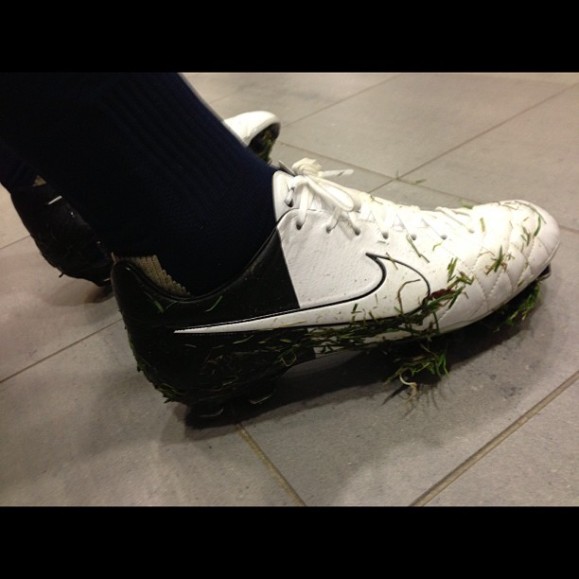 Having spent several years testing the boundaries of his boot sponsor’s patience, John Terry was finally ditched by Umbro in September. Umbro themselves have just been sold by Nike. Now John Terry is training in Nike Tiempos. This is almost certainly meaningful, but we have no idea why.

This man has just fathered a child. God help us all.

That said, at least Mario is dressed. Lazio’s Ederson saw fit to take the work of Roma’s Mirko Vucinic to a new and petrifying level this week after his side beat NK Maribor 4-1 in the Europa League.

Knee socks and tight black pants is a tough look to pull off in the best of circumstances, but we think he narrowly squeaks it. He looks better than Brazilian Ronaldo, anyway.