The Weekend In Football: Baby Steps 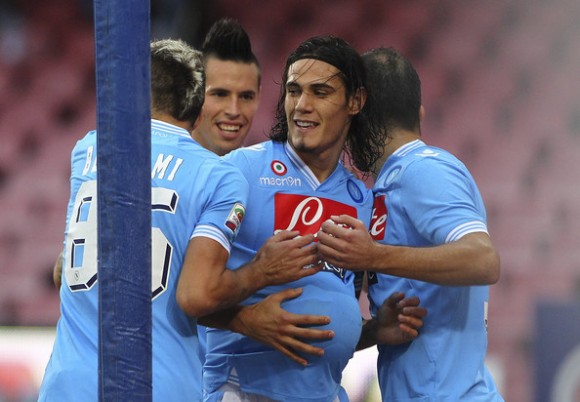 We’re late, we didn’t have time to round up Serie A and we spilled coffee all over the carpet.

Honestly, we’d sack ourselves if there was anyone else to do this. 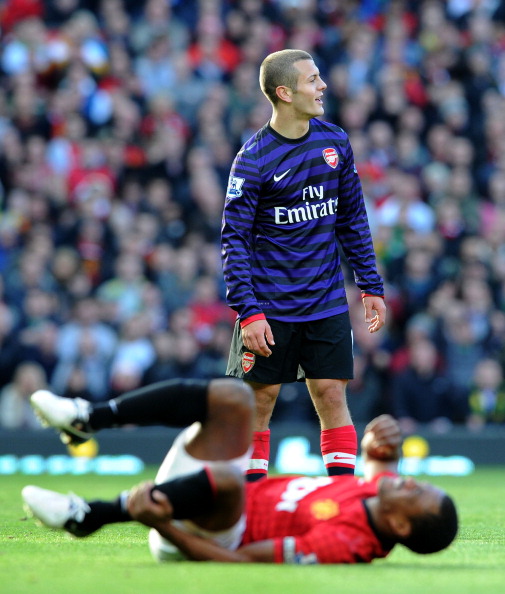 Hooray, Jack’s back in the Arsenal first XI. They’ve really missed him and… wait, what’s that? Image: David Price/Arsenal FC via Getty Images.

This week’s cautionary betting tale involved a cheeky tenner on Arsenal to come back from 1-0 down at Old Trafford and beat Manchester United. Buoyed upon caffeine and the fading excitement of the midweek Capital One Cup fixtures, plus Wayne Rooney’s missed penalty, the appearance of Theo Walcott from the bench and Arsene’s duvet coat, we slapped our money down, only for Patrice Evra to score seconds later. In a manner that only the truly petulant could appreciate, we turned off the TV and refused to watch anymore.

Chelsea’s failure to beat Swansea City plus Manchester City’s unfortunate stumble at West Ham left Manchester United at the top of the pile, while Everton remain fourth after drawing 2-2 with Fulham. Liverpool also drew, their equaliser against Newcastle United coming via Luis Suarez, whose ball control in the box provided just about enough of a smokescreen for Brendan Rodgers to escape unscathed.

No such luck for Andre Villas Boas, who’s Spurs side lost at home to Wigan. For those unfamiliar with Premier League etiquette, it is considered terribly bad form to lose against Wigan at any point of the season apart from the last two weeks. If Spurs lose their next game, that will be three defeats in a row for AVB and his disparate brethren. In fact, they haven’t won since their historic victory at Old Trafford, so he may be the first manager this season to be looking forward to a trip to the Etihad.

Anyone fancy a bet on that? 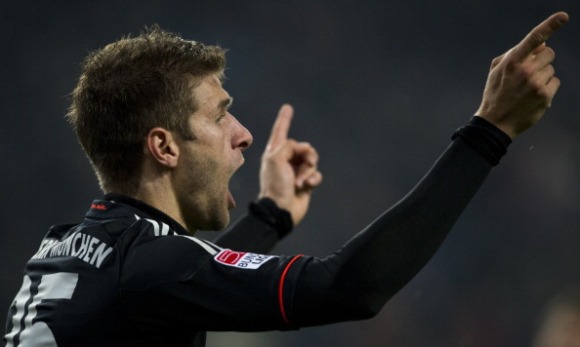 For Bayern, success on the pitch translates to unnecessary bitch fighting off it. Image: JOHN MACDOUGALL/AFP/Getty Images.

Bayern Munich are seven points clear at the top of the table and eleven ahead of title rivals Borussia Dortmund with a goal difference of +26. Club president Uli Hoeness, obviously concerned that his players will become complacent, has waded into a totally unnecessary (but obviously hilarious) row with former manager Louis van Gaal.

While criticising van Gaal’s recent comments about the reasons for his sacking, Hoeness also managed to make a rather pointed observation about Sepp Blatter’s future, stating that the FIFA president “is 76 and the problem will be solved somehow.” A club spokesman denied that a large order of concrete seen being delivered to the Allianz Arena was in any way connected to Hoeness’ comments.

None of this unpleasantness would matter a jot if Schalke had just managed to win against Hoffenheim. But they lost 3-2, thus allowing Bayern to stride confidently (and threateningly) off into distance and Eintract Frankfurt to climb aboard the narrow shelf that is twenty points with a 1-1 draw vs. SpVgg Greuther Fürth.

Sepp Blatter’s continued existence may therefore depend on whether Schalke get a win against Bremen next week. We’re on the edge of our seats, aren’t you? 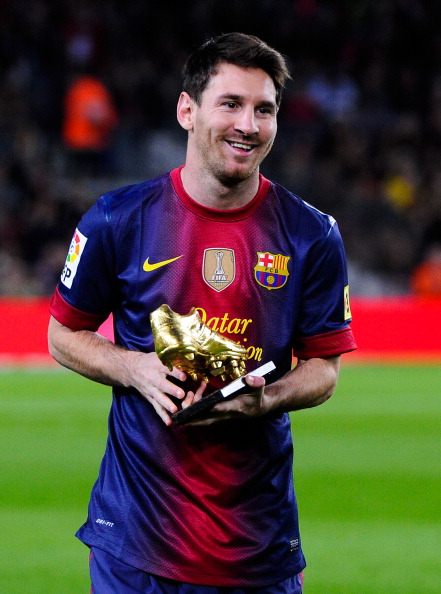 Not a bad weekend for Messi, all told. Image: David Ramos/Getty Images.

Lionel Messi failed to score in Barcelona’s 3-1 victory over Celta Vigo, but there are more important things to worry about than when he’s going to get his turn at the now infamous baby rocking celebration with this team-mates. In case you hadn’t heard, Messi’s partner Antonella Roccuzzo gave birth to the couple’s first son on Friday, and amidst all the wild speculation as to whether he had been signed by Barcelona in-utero, a terrifying coincidence was already making itself known across Twitter. Apparently, Lionel Messi is 869 days younger that Cristiano Ronaldo. 869 days also separate the births of Cristiano Ronaldo Jr and young Thiago Messi.

Atletico Madrid will almost certainly be feeling Real’s breath on the back of their necks after dropping points away to Valencia. They remain in second, three points behind Barca but just five points ahead of Mourinho’s men, who beat Real Zaragoza 4-0. Big spending Malaga could have gone third if they’d held onto their slender lead against Rayo Vallecano, but a Piti winner on the hour mark scuppered their hopes of getting in the mix.

At the bottom, Osasuna’s defeat to Valladolid at home left them floundering on five points from a possible thirty. But given the amount of lunacy circulating La Liga at the mo, they will probably end up winning the damn thing.