Other sports disciplines are cowering in terror this morning after Barry McGuigan advised Andrew Flintoff to quit boxing after just one professional bout. 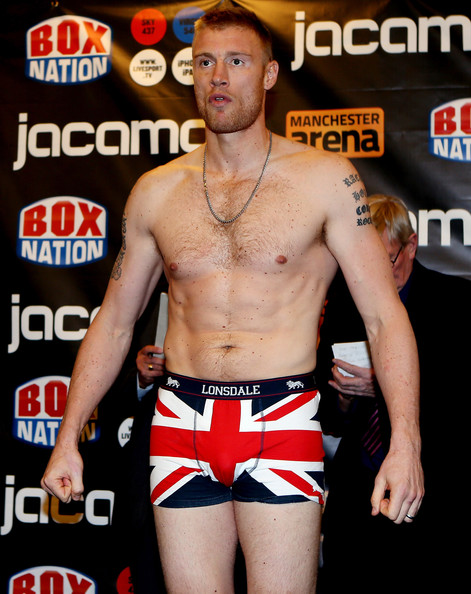 The ex-England cricketer, who won a narrow points victory against American heavyweight Richard Dawson last Friday night, has, according to boxing experts, belittled the sport with his publicity seeking stunt, stealing the spotlight from more dedicated and deserving fighters.

Flintoff retired from professional cricket in 2010 after consistent injury problems and has since enjoyed a reasonably successful television career. His preparation for the fight, including his training regime at McGuigan’s Gym, was filmed by Sky for a three part series, while Boxnation broadcast the four round bout to much fanfare.

From a purist point of view, it wasn’t great. The result of the fight was obviously weighted in favour of fans favourite Flintoff, a fact that was proven by the failure of the judges to score the second round 10-8, despite Richard Dawson’s knocking Flintoff to the canvas. This resulted in Flintoff winning the bout 39-38, but his boxing naivety, coupled with  Dawson’s private battle against the excess weight around his middle meant the score was more or less irrelevant anyway.

But is it Flintoff’s fault that his fight received more publicity than say, David Price’s defence of the British and Commonwealth heavyweight titles against Matt Skelton, which took place on the same night? Boxing columnists have wasted no time gleefully pointing out the disparity, failing miserably to spot that their desperation to bitch about how damaging the whole thing was to ‘their’ sport was using up the space that could have been utilised to promote other fighters. Unless they were just interested in additional attention they could garner by jumping on the coat tails of a a guy challenging himself to do something, and potentially stirring an untapped interest in a sport that doesn’t have a huge amount to be proud of right now attracts more attention.

Beware, cycling, tennis, windsurfing, athletics and lawn green bowls pundits. Big Andy might be a t a loose end right now. He may yet come for your credibility too.